GLSL shaders written in the ISF specification are designed to be directly in host applications as generators, FX and transitions where appropriate within their rendering pipeline. Some apps bundle sets of default shaders that are available for use out of the box, without any additional install. See the integrations page for a list of supported softwares and creative coding environments. 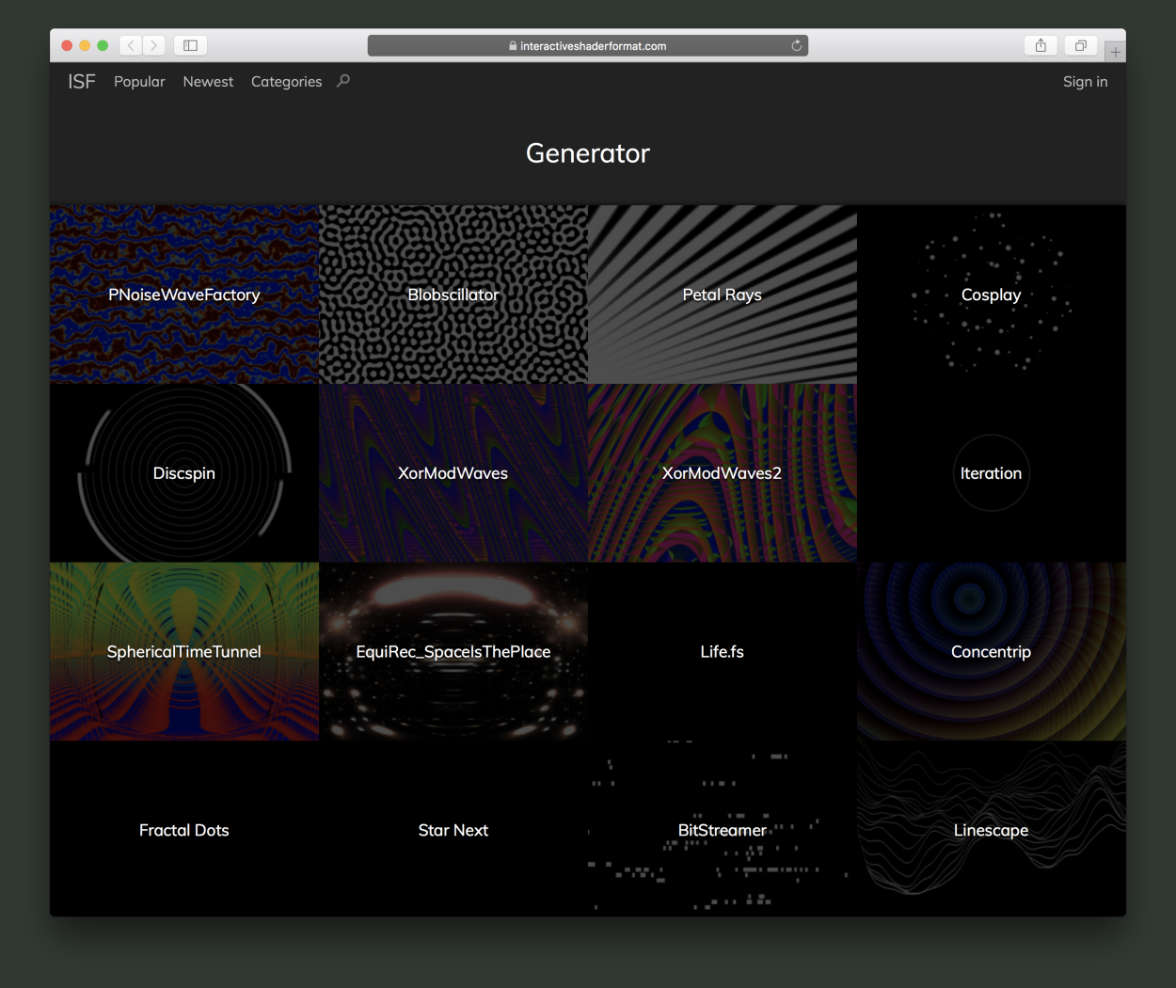 A standard set of over 200 ISF shaders come bundled with many host applications, including the free desktop ISF Editor tool. If needed they can also be downloaded and manually installed from the official GitHub repository.

The ISF sharing site can be used to find shaders uploaded by community members for other people to use, and publish your own creations. 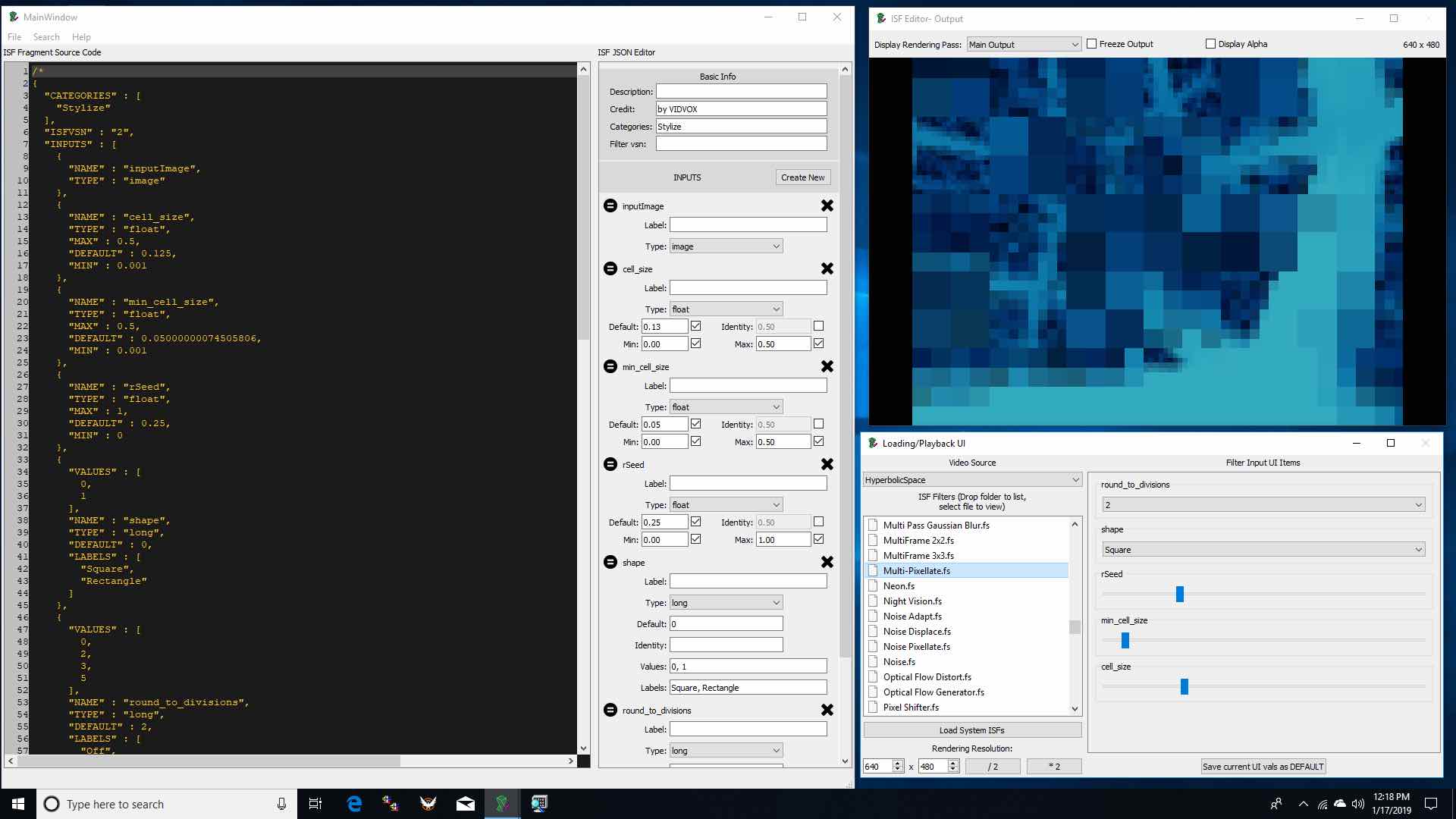 You can create new shaders, or remix existing ones, using a standard text editor. Specialized editor tools are also available for Mac and Windows and the web.

These include a quickstart, reference notes and a set of walkthroughs that cover the technical and conceptual details of ISF.

When supported by host apps, in some cases you may want to install ISF shaders system-wide such that they can be globally detected by multiple pieces of software.